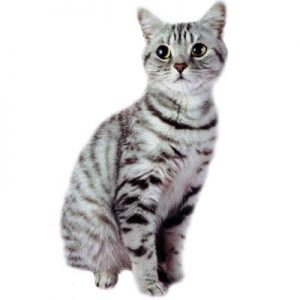 From the Pet Health Library @ veterinarypartner.com

FIV stands for feline immunodeficiency virus, just as HIV stands for human immunodeficiency virus. In fact, these two viruses are closely related and much of the general information that has become common knowledge for HIV also holds true for FIV. FIV is a virus that causes AIDS in cats; however, there is a long period without symptoms before AIDS occurs and our job is to prolong this asymptomatic period. The average life expectancy from the time of diagnosis for FIV is 5 years. Humans cannot be infected with FIV; FIV is a cats-only infection.

For a lengthy description of this virus and an FAQ, we recommend the Cornell Feline Health CenterWeb site.

Also helpful is the American Association of Feline Practitioners site.

How is Diagnosis Made?

Most of the time FIV infection is discovered using a screening test done in your veterinarian�s office or on a blood panel run at a reference laboratory. Once a screening test identifies a cat as positive, the next step is a follow-up confirming test called a Western Blot. Once this test is positive, the cat is considered to be truly infected.

Use of the new vaccine recently released will cause a cat to test positive on both of the above tests. We do not currently do have a test that will distinguish a vaccinated cat from a truly positive cat. Some veterinarians do not recommend the vaccine, and some do.

How did my Cat get Infected?

The major route of virus transmission is by the deep bite wounds that occur during fighting. There are other means of spreading the virus but they are less common. Mother cats cannot readily infect their kittens except in the initial stages of her infection. FIV can be transmitted sexually and through improperly screened blood transfusions. Casual contact such as sharing food bowls or snuggling is unlikely to transmit the virus.

Isolation of an FIV+ cat is not necessary in a stable household unless the FIV+ cat is likely to fight with the other residents.

What do I do Now?

Some lifestyle changes will probably be needed now that you know you have an FIV+ cat.

Keep your Cat Indoors Only

Now that you know your cat has an infectious disease, the responsible thing is to prevent the spread of this disease in your community. This means that your cat will need to be an indoor cat. Cats who are used to living outdoors will make a fuss about being allowed outside. It is crucial that you do not give in as this will simply reinforce the crying and fussing. If you just allow the fussing to run its course, it will cease and the cat will get used to the new indoor only life.

Cats who are inclined to slip past people entering the home when the door is open can be managed by leaving them in a closed room when someone is out of the house. This way, when someone arrives home, the cat does not have access to the front door.

NO RAW FOODS
There are currently numerous fad diets involving raw foods for pets. With an FIV+ cat, it is crucial not to succumb to these popular recommendations. Uncooked foods, especially meats, can include parasites and pathogens that a cat with a normal immune system might be able to handle, but which an FIV+ cat might not. Stick to the major reputable cat food brands.

VACCINATION
Vaccination should be continued for these cats just as they are for other cats. Some experts prefer killed vaccines because of the concern that modified live vaccines might revert to the virulent form in which it can cause disease. This has not panned out as a problem in reality; also, the killed vaccines have been associated with vaccine-associated fibrosarcomas, an additional problem an FIV+ cat does not need.

PARASITE CONTROL
The last thing an FIV+ cat needs is fleas, worms or mites, especially now that he is going to be an indoor cat. There are numerous effective products on the market for parasite control. Consult with your veterinarian about which parasites you should be especially concerned with and which product is right for you.

IMMUNE STIMULATING AGENTS
Immune boosters can always be a plus in FIV+ cats. There are suppliments that can be added to your pets daily diet to aid their immunity.

ANTIOXIDANTS
Oxidative stress is rather a long story and it has been implicated in the development of cancer, in age-related degeneration, and in other diseases. In short, oxidative stress stems from reactive oxygen compounds that our metabolism generates. The oxygen compounds are able to damage DNA unless they are scavenged (rendered harmless) by either the natural antioxidant systems of our bodies or by antioxidant supplements we take in pills. Oxidative stress has been implicated in the progression of HIV infection in humans and it has been extrapolated that the same is true of FIV infection in cats. A 2008 study by Webb et al published in the Journal of Feline Medicine and Surgery looked at an antioxidant called Superoxide Dismutase in FIV cats and found an improvement in the CD4+ to CD8+ ratio in supplemented cats. This is a promising finding though cats were only followed for a 30-day period, which indicates that further studies may show more substantial clinical benefit. What this all means is that oral antioxidant supplementation may be helpful in keeping FIV+ cats healthy. While the jury is still out as to how significant a treatment this is likely to become, it is certainly clear that antioxidant supplementation may be beneficial on a number of planes and may be worth a try.

GENERAL MONITORING
While a non-geriatric FIV- cat should have an annual examination, the FIV+ cat should have a check-up twice a year. Annually, a full blood panel and urinalysis is a good idea. Also, it is important to be vigilant of any changes in an FIV+ cat. Small changes that one might not think would be significant in an FIV-negative cat should probably be thoroughly explored in an FIV+ cat.

FIV is NOT transmissible to humans IN ANY WAY.

Copyright 2010 – 2011 by the Veterinary Information Network, Inc. All rights reserved.

Font Resize
Contrast
Accessibility by WAH
Call Us Text Us